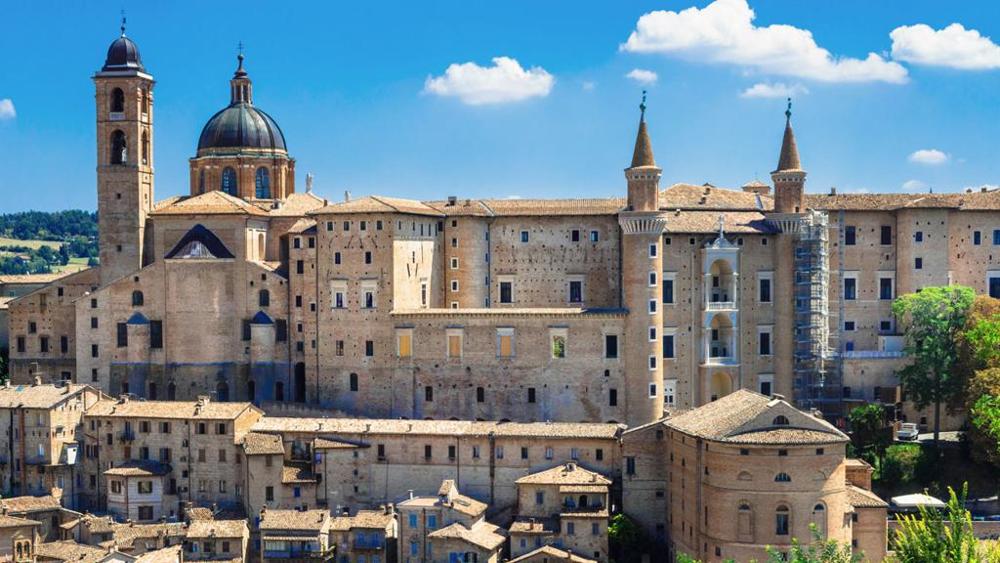 Urbino, his history and useful tips…

Urbino was the old capital of the Montefeltro’s Duchy. The city is in a hilly territory. Its north-eastern gateway is “Porta Lavagine” and the south-weastern one is “Porta Valbona”.
Urbino is the primary destination of every visitor who looks for arts, history and monuments. The first documentation dated back to III century BC when it was known as Urvinum Metaurense and became a Roman municipality (see the walls and the theatre). Around 1200 Urbino came into the possession of the house of Montefeltro. The most famous member of the Montefeltro family was Federico who ruled as Duke from 1444 to 1482. He was an enthusiastic patron of art and literature. At his court artists as Luciano Laurana and Francesco di Giorgio Martini worked for the implementation of the magnificent Ducal Palace. It is a really architectural work of art (with its torricini and cortile d’onore). Today it hosts the National Gallery of Marche where you can see masterpieces by Piero della Francesca (“Flagellazione”, “Madonna di Senigallia”) and Raffaello Sanzio (“Muta”).
Every palace’s rooms reflects Federico, his son and his court’s soul: the astonishing “sala del trono” (Throne Room) and the unique “Studiolo del Duca” rich in woodwork and portraits of distinguished men.
Urbino’s steep streets will allow you to discover magnificent monuments: the Cathedral’s Neo-Palladian Mole (rebuilt by Valadier after the 1784 earthquake), the St Domenico Church with its travertine maindoor, the Medieval church of St. Francesco with the paintings by Federico Barocci and the Gothic tower bell with cusps, St Giuseppe’s Oratorio with the famous nativity scene by Brandani, Albani Palace (XV – XVIII century), St Spirit Church, Raffaello Sanzio’s birthplace that hosts the Academy (1869).
From the top of Albornoz Fortress you can moreover see the Ducal Palace with its torricini and the nearest hills as that where there is St Bernardino Church, seat of the Duke’s Mausoleum.
If you go down the hill, from Borgo Mercatale you will enjoy a beautiful landscape: the helical ramp by Francesco di Giorgio Martini, the “R. Sanzio” Theatre (XIX century), the Cathedral’s apsis, dome and bell tower, the Ducal Palace’s roof garden with its impressive windows
Urbino is also famous for its university and schools, for instance the “School of Book” (specialised in graphics and engraving techniques) and the High School for the Artistic Industries (ISIA), inside the former St Chiara’s Priory.
Every August Urbino celebrates itself with the “Festa del Duca”, a fancy dress event that culminates in a challenge among the counties to the presence of the Ducal Court.